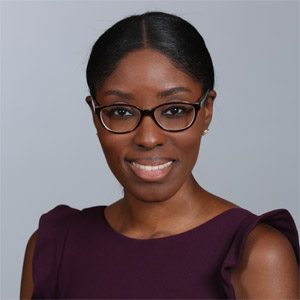 Since FPG launched in 2010, Hussainatu has developed and organized two HIV/AIDS Education Initiatives, a Child Trafficking Awareness project, and their flagship project Youth Employment & Entrepreneurship Initiative (YEEI) with nearly 500 alums and a reach of over 20,000 people from the US, Cameroon, The Gambia, Namibia, and South Africa.

In addition, Hussainatu worked for the United Nations (UN) affiliate, International Organization for Migration’s (IOM) Counter-Trafficking Department in South Africa, where she aided African immigrants who were trafficked throughout the African continent. She has written about slavery and racial discrimination in Africa for International Affairs Forum, a publication of the Center for International
Relations in Washington, DC.

Hussainatu has 15 years of experience in international development, business, and law. Her experience ranges from the NAACP, the United Nations, Coca-Cola, and Mando Corporation. Currently, she also serves an Adjunct Professor of Business Law at Baltimore City Community College.

Hussainatu has been recognized by the US White House Champions of Change Initiative; featured on Black Enterprise; presented at TEDxEmory, and served as Keynote Speaker at the Southern Regional Model UN Conference and several top universities such as Harvard University, Tufts University, NYU, and Georgetown University. Hussainatu is also an Advisor for the Global Education Conference and member of the Global Campaign for Education – US coalition.

Hussainatu has a Bachelor’s of Arts from Tufts University, a Masters Degree in International Policy from Middlebury College and a law degree from Atlanta’s John Marshall Law School.